The waiting and speculation is over, one of the most anticipated films of the year is finally here. The question is "Was it worth all the hype?" &  also "Is it better than the Avengers?" The answers to those questions will certainly be answered within my review of The Dark Knight Rises. This movie was nearly sold out a month before it even hit theaters. 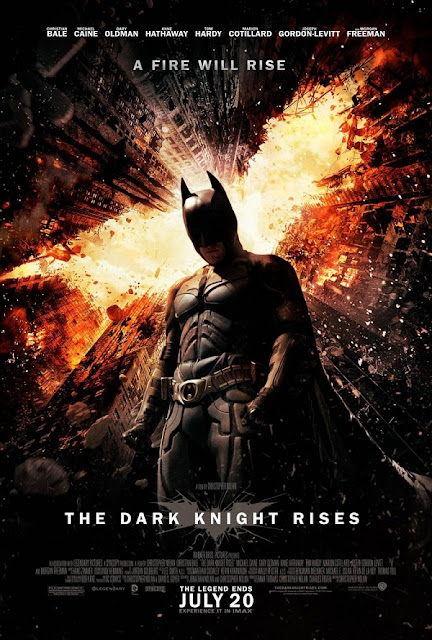 I caught a midnight (Non IMAX) screening of the Dark Knight. The movie doesn't waste any time getting to the good stuff. You are introduced to the new characters within the first 10 minutes. The Dark Knight rises is about 2 hours and 45 minutes long so if you plan on seeing make sure you allow 3 hours of free time to enjoy it. Now on to the those questions we mentioned. 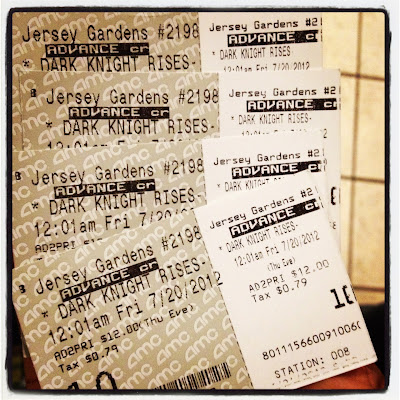 Was The Dark Knight worth all the hype? Yes!!! Yes!!! Yesss!!! This movie is Amazing! What makes the dark knight series work so well is that they use theatrics but not over the top theatrics, they use just enough to make it realistic as possible without looking fake and overshot. When you see Batman use a gadget or a vehicle, you feel as though you could get that gadget or vehicle in real life and use it. They found a way to perfect that fine line between fantasy and reality. You will watch this film as if Batman is a real person, that's just how immersive it has become as a series.

Next question, Was it better than the Avengers? ....Yes! The Avengers was an awesome film but The Dark Knight Rises is extremely awesome. You can really see the hard work that went into this film and admire it. The villains are actually scary and the props are jaw dropping and awe inducing. The Dark Knight Rises is "Terry McFly Approved" and I rate it a 5 out of 5 stars. Despite the long duration, I will be seeing this film again in IMAX format. Go see this one ASAP, it's just something you have to see!

P.S There is nothing after the credits so don't even waste your time sitting there when the movie is over on this one.