One of the most anticipated films of the year was definitely "The Dictator", sadly it will now go down as one of the most disappointing films of the year. I don't even know where to begin with the breakdown of this film. The film was funny but most of the funny highlights were shown in the trailer already. Actually every single funny part is already in the trailer. This movie was basically a comedy like the Adam Sandler films or the Scary movie movie series. It even features that ugly female actress that we only see in the Scary movie films. This movie has over the top racism and it attempts to make laughter out of real life terror scenarios. The jokes were EXTREMELY immature. There's even a few scenes where he belittles Civil Rights and makes a mockery of the "I Have a dream" speech with a distasteful version of it. The only people that will find true enjoyment in this film are people that like to be racist and sexist behind closed doors. This movie was definitely not what I expected at all, I was bored out of my mind and tired of the same corny racial jokes that I already seen in the movie Borat. If you are going to see this film, I will recommend waiting for it to premiere on cable television. The only interesting portion of this film was the soundtrack, the soundtrack alone will make you laugh more than the dry comedy of the actual movie. Overall, This movie is NOT Terry McFly Approved. The Dictator's official rating is "WACK SAUCE!". I can guarantee you that the media will be buzzing about the foolishness shown in this film over the weekend. 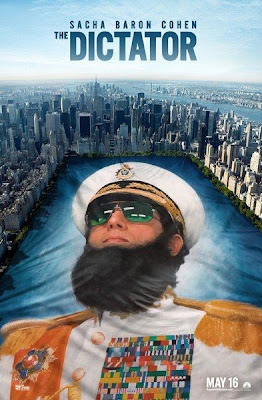