I've been faithfully reading a few comics over the past months. My favorite has been the Ultimate Spider-man series. As some of you may know, the new Spiderman in this series is Bi-racial. It means a lot for me as the reader to be able to connect and relate to the hero I'm reading about. In honor of Black History Month, I'm going to share three of my favorite comic series that I've been reading, they all feature Black heroes. My favorite Black comic hero of the past is Marvel's Black Panther. The three modern heroes I'm going to highlight in this article are Marvel's "Ultimate Spiderman and DC Comic's "Bat Wing" & "Static Shock".

This has been my favorite series from Marvel, I read every issue faithfully. I download it on my Ipad and I subscribe to it at my local comic store. This series takes place in Brooklyn, New York.

Miles Morales first appears in Ultimate Comics: Fallout #4, which was published in August 2011, in which he foils a murder by Kangaroo, a short time after Peter Parker's death at the hands of the Green Goblin. He wears a red and blue Spider-Man suit similar to Peter Parker's, but considers changing it when spectators tell him it is in "bad taste". 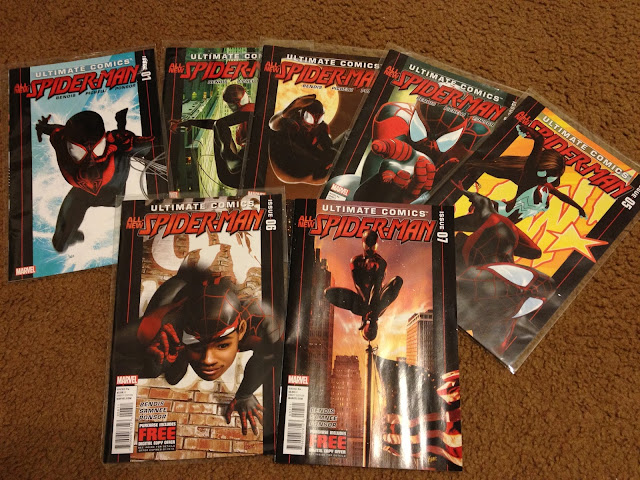 I haven't really been following the Batwing series as closely as I should, I'm actually catching up with the series as I write this article.

Batwing is a representative of Batman Incorporated from the fictional city of Tinasha, within the Democratic Republic of Congo.

Within the series, Batwing takes on everything from international super villains to the Democratic Republic of Congo's corrupt police force. Batwing expands the DC Universe by taking place in Africa, making David Zavimbe both the first black Batman and one of the few characters headlining a series outside the United States. 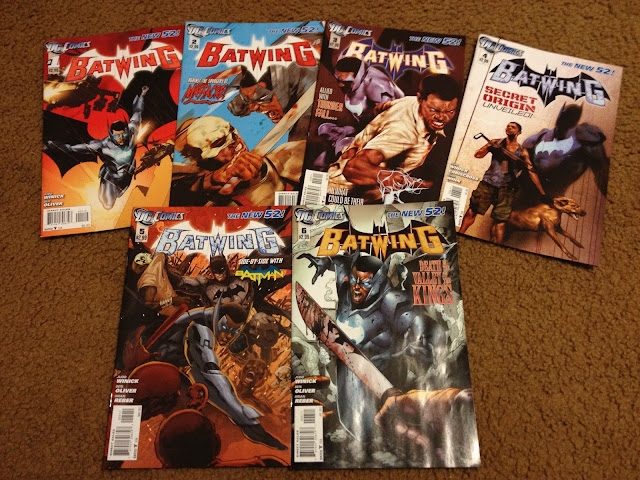 As a teen, Static Shock was my favorite cartoon on the WB channel. I tuned in every Saturday morning and even set the VCR to record a few episodes. I was highly excited when I discovered that DC Comics was bringing him back as a comic book series. This series takes places in a futuristic New York City.


Doused with an experimental chemical in a gang war he was caught up in, high school student Virgil Ovid Hawkins gains a variety of electromagnetic powers and becomes a costumed crusader against crime. Like most teenaged heroes in the Spider-Man mold, he is often overwhelmed by the combined responsibilities of his career as a superhero and typical adolescent problems.


Static Shock has been cancelled as of issue 8 as part of DC's "Second Wave" of The New 52 titles, to be replaced by an alternative title. 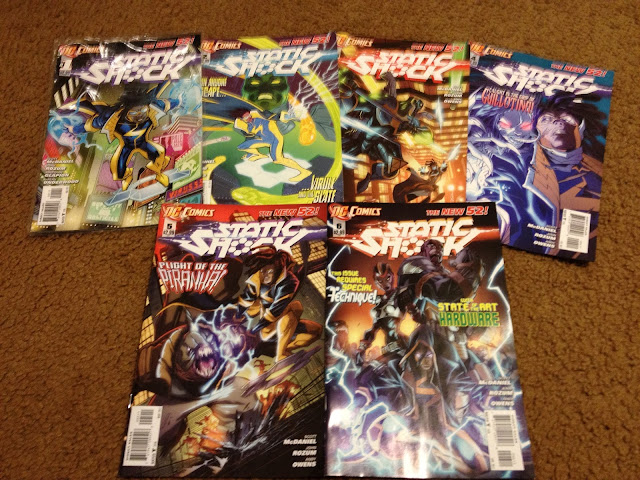